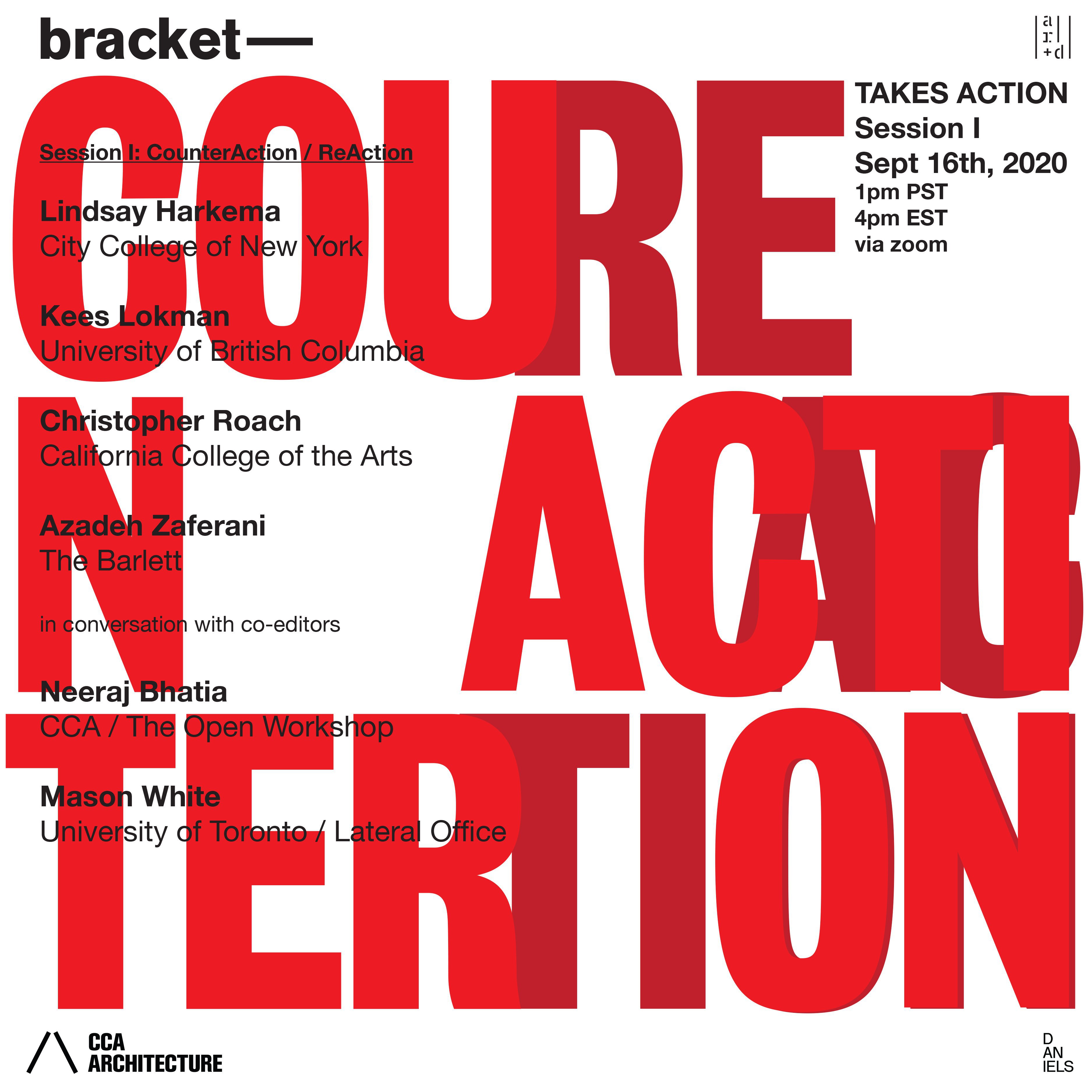 Co-presented by University of Toronto

This is the first in a series of panel sessions launching the fourth volume of Bracket, titled Takes Action. Bracket [Takes Action] collects essays and projects that question how actions can be designed, accommodated for, and encouraged through both creative practice and design citizenship. The book and conversation is situated at a critical point in history in which actions need to be re-conceptualized to relate to who we are, how we live, and how we communicate today. The role of design and the agency of the designer are at stake in facilitating or stifling action.

This session will focus on ReAction and CounterAction as modes of operating and thinking. ReAction consists of bold statements and projects that are reactionary in nature. This refers to reconceptualizing everyday elements of life—such as the suburban home or speculative office tower—to the challenging negotiation within agonistic pluralism. What can design do when it is entitled to simply react? CounterAction offers unique and alternative sites for action at various scales. These include playful surfaces, hidden kitchens, refugee camps, and the new demands of the civic square. How can the overlooked sites of appearance in our contemporary commons promote alternative forms of action?