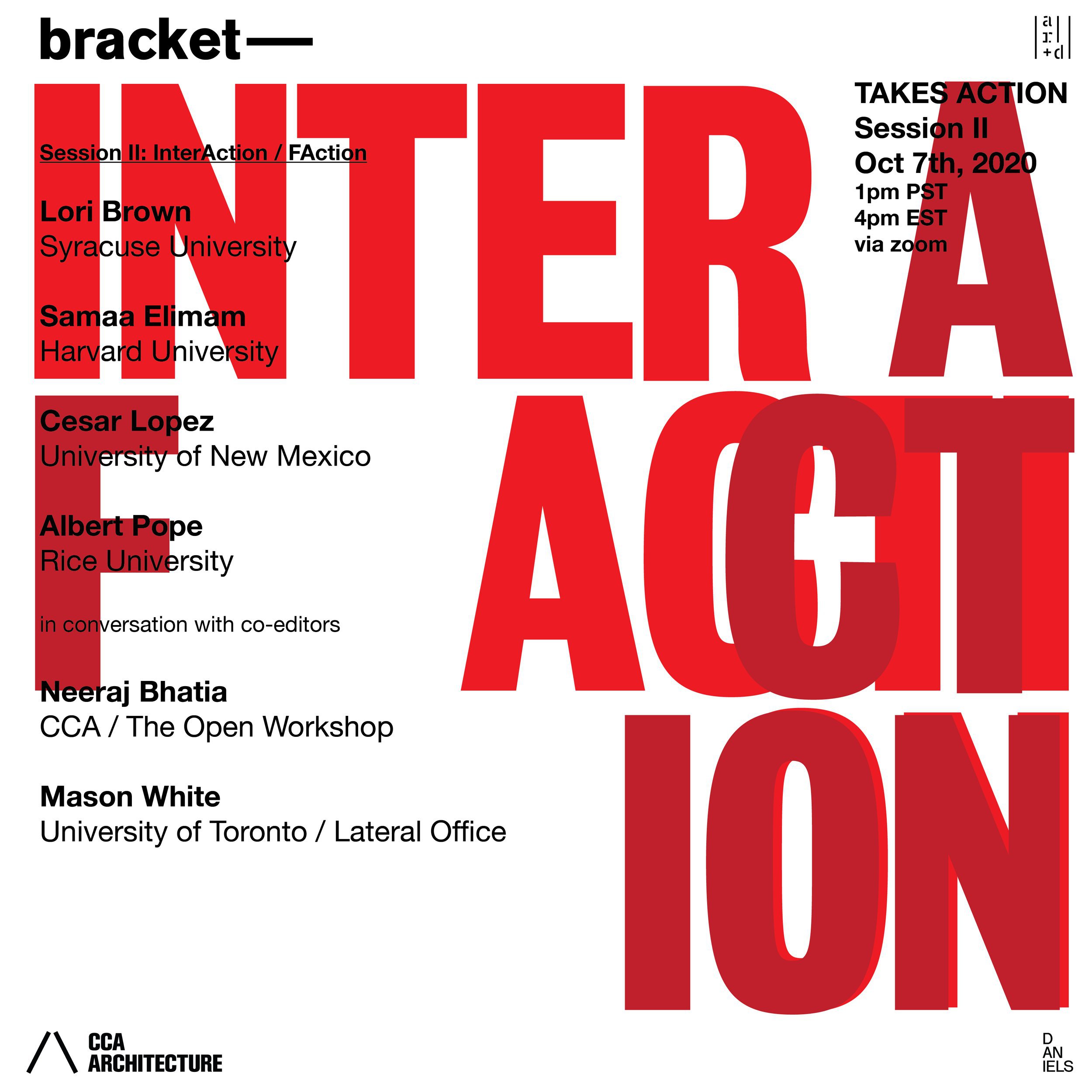 This is the second in a series of panel sessions launching the fourth volume of Bracket, titled Takes Action. Bracket [Takes Action] collects essays and projects that question how actions can be designed, accommodated for, and encouraged through both creative practice and design citizenship. The book and conversation is situated at a critical point in history in which actions need to be re-conceptualized to relate to who we are, how we live, and how we communicate today. The role of design and the agency of the designer are at stake in facilitating or stifling action.

This session will focus on InterAction and FAction as issues for operating and thinking. InterAction consists of projects and articles that consider how participatory interactions can occur, how new stakeholders are introduced, and how the relationships between people and their environment impact politics. What is the spatial agency of the individual in relation to the pluralistic collective? FAction situates a particular constituency and interrogates how these groups act internally as well as interface with other groups. These articles and projects foreground the commonality of the subject to consider specific forms of action. In what way is the formation and emergence of sub-collectives informed and empowered by design?