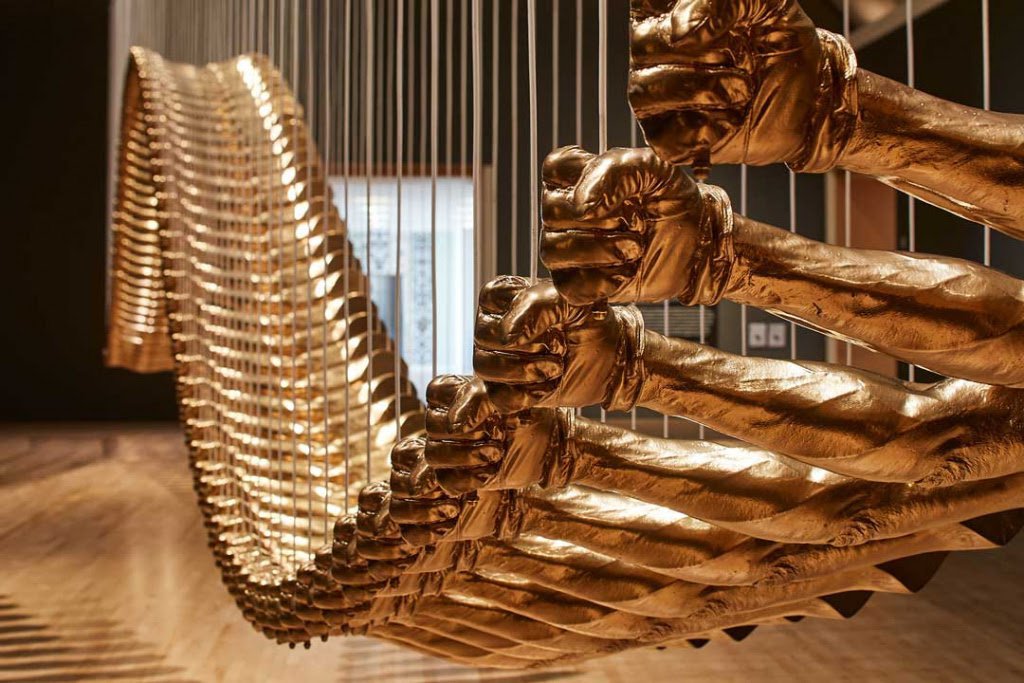 With Drawn Arms: Glenn Kaino and Tommie Smith presented a series of collaborations between runner Tommie Smith and Los Angeles–based conceptual artist Glenn Kaino. In 1968, at the Summer Olympic Games in Mexico City, Smith raised a gloved fist during the medal ceremony to protest human rights abuses around the world, and to bring international attention to the struggle for civil rights in the United States. The collaborations presented in the exhibition reflect on this act of protest.