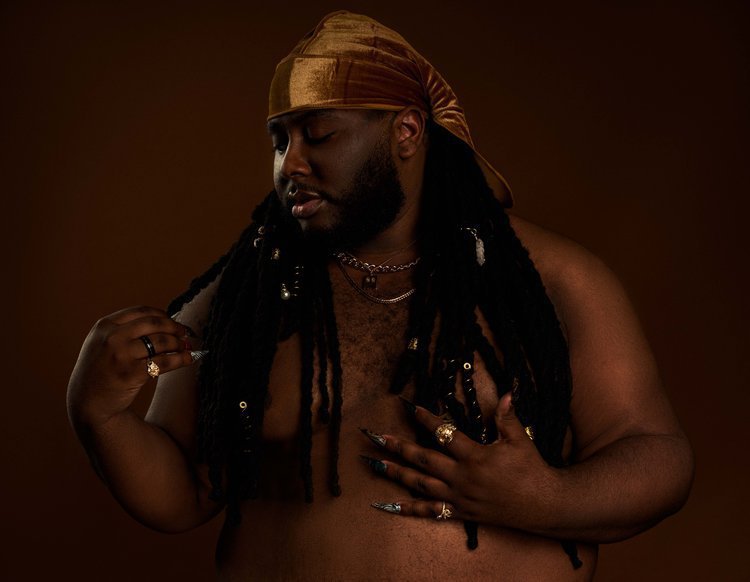 Anti-Black Anti-Fatness and Desire, a lecture by Da'Shaun Harrison and conversation with Ajuan Mance

To live in a body that is fat and Black is to exist at the margins of a society that creates the conditions for anti-fatness as anti-Blackness. Hyper-policed by state and society, passed over for housing and jobs, and derided and misdiagnosed by medical professionals, fat Black people in the United States are subject to socio-politically sanctioned discrimination, abuse, condescension, and trauma.

Da’Shaun Harrison—a fat, Black, disabled, and nonbinary trans writer—offers an incisive, fresh, and precise exploration of anti-fatness as anti-Blackness. In their writing and work they take on desirability politics, the limitations of gender, the connection between anti-fatness and the carceral system, as well as the incongruity of “health” and “healthiness” for the Black fat, illustrating the myriad harms of anti-fat anti-Blackness. They offer strategies for dismantling denial, unlearning the cultural programming that tells us “bad,” and destroying the world as we know it, so Black fat people can inhabit a place not built on their subjugation.

Da'Shaun Harrison is a Black, fat, queer, and trans theorist and abolitionist in Atlanta, GA. Harrison is the author of Belly of the Beast: The Politics of Anti-Fatness as Anti-Blackness, and is a public speaker who often gives talks and leads workshops on Blackness, queerness, gender, fatness, disabilities, and their intersections. Harrison currently serves as the Editor-at-Large for Scalawag Magazine.

Harrison will be in conversation with Ajuan Mance, artist, writer, and Professor of African American literature at Mills College, Oakland.

Anti-Black Anti-Fatness and Desire is co-hosted by the Wattis Institute with the Graduate Program in Visual & Critical Studies and is organized by Jacqueline Francis, Diego Villalobos, and Kim Nguyen. The program is part of the Queer Conversations on Culture and the Arts series (a partnership between CCA and the Queer Cultural Center of San Francisco); and co-sponsored by CCA's MFA Writing and BA Critical Studies programs.

Land to Light On, is a collaborative public programming series between the Wattis Institute and CCA's academic departments focusing on racial capitalism, abolition, and decolonization.

Land to Light On is an ongoing conversation with no foreseeable end. We carry the words of Dionne Brand with each iteration: I don’t want no fucking country, here or there and all the way back, I don’t like it, none of it, easy as that. I’m giving up on land to light on, and why not, I can’t perfect my own shadow, my violent sorrow, my individual wrists.