Part of event series: Comics in the City Lecture Series 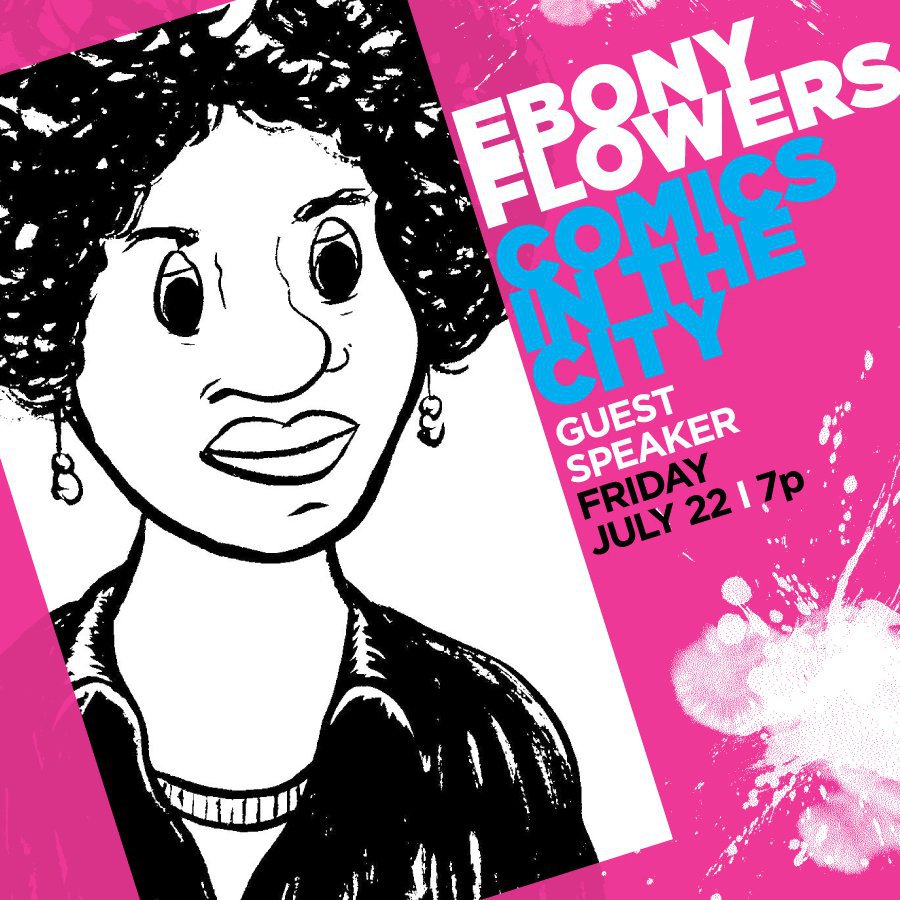 Flowers is a 2017 Rona Jaffe Award recipient. Hot Comb, her debut book, appeared on best of 2019 lists from the Washington Post, NPR, the Guardian, and the New York Public Library. Hot Comb won the Eisner, Ignatz, and Believer Book Award, and received nominations for numerous others, including the NAACP Image Award and the YALSA Alex Awards. Flowers lives in Denver, CO, with her son, husband, and cat.

All attendees must show proof of vaccination and be masked on CCA's campus.