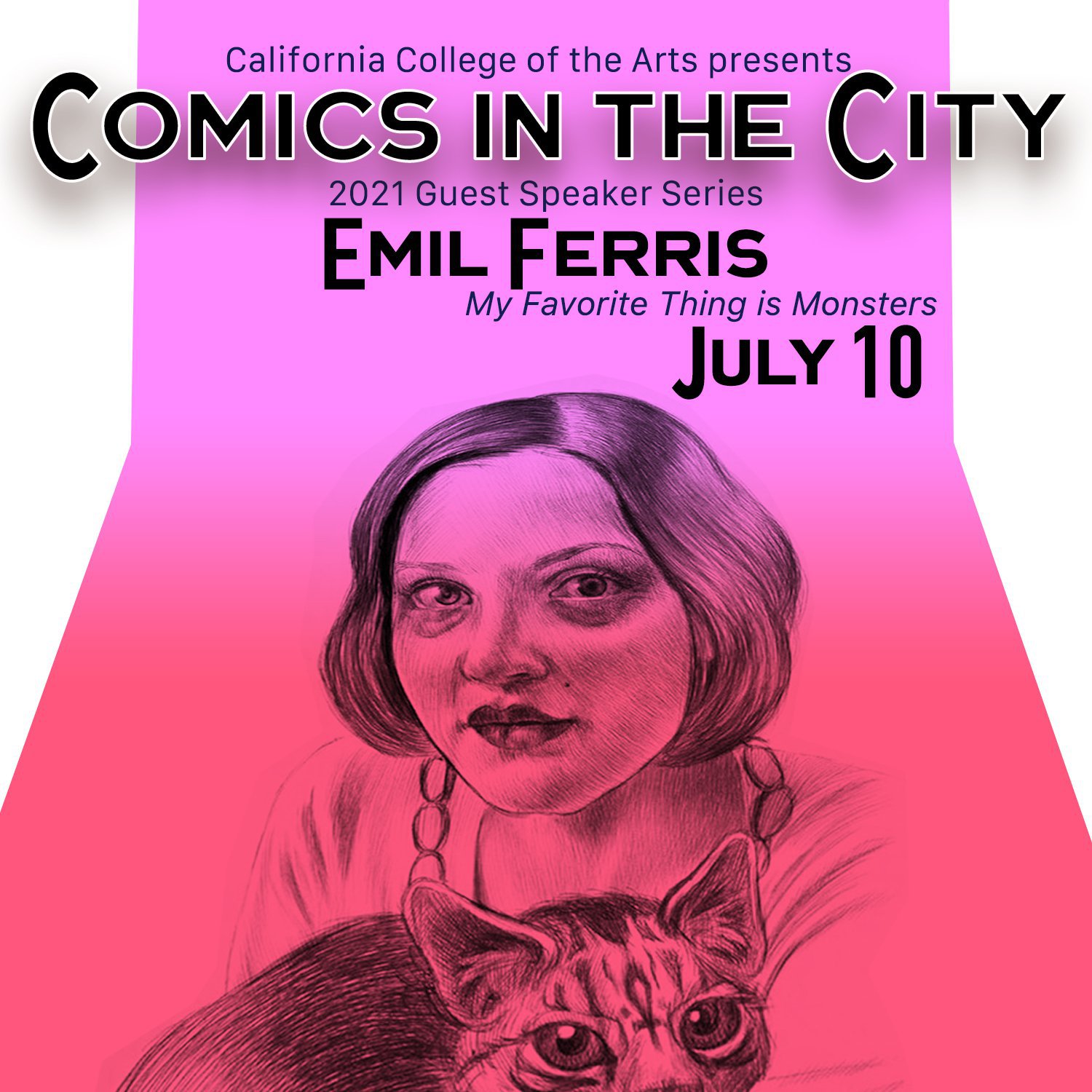 Emil Ferris is an American writer, cartoonist, and designer. Ferris debuted in publishing with her 2017 graphic novel My Favorite Thing Is Monsters. The novel tells a coming-of-age story of Karen Reyes, a girl growing in 1960s Chicago, and is written and drawn in the form of the character's notebook. The graphic novel was praised as a "masterpiece" and one of the best comics by a new author and earned Ferris an Eisner Award for Best Writer/Artist.