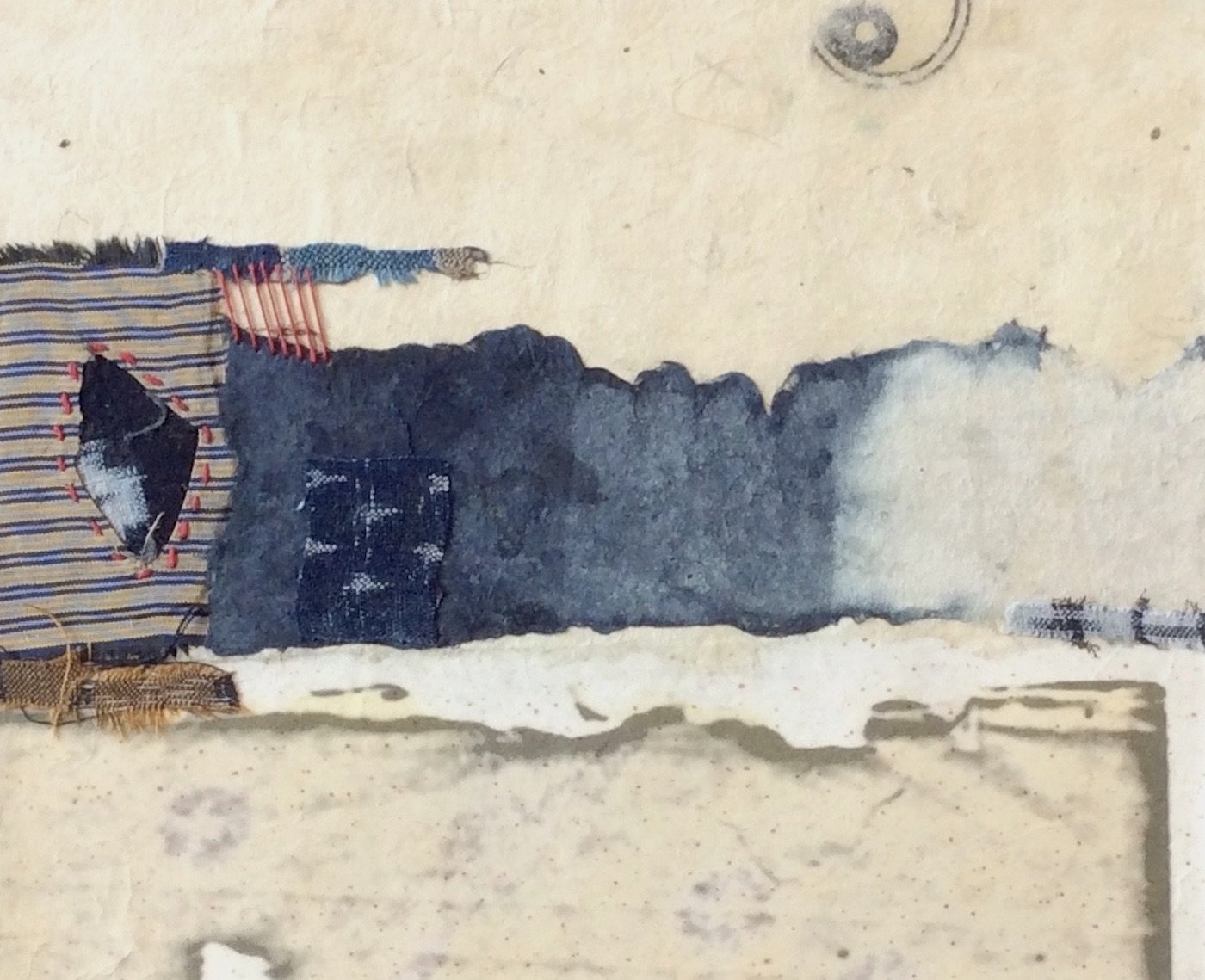 Ellen Bepp has been exhibiting her work since the 1980s, drawing from her Japanese heritage to create a wide range of art from wearable art, textile paintings, taiko drumming performance, theatrical costuming, mixed media collage and handcut paper. She remembers being exposed to Japanese art at an early age, inspired by her immigrant grandparents. Her subsequent interest in the folk art traditions of Asia and Latin America led to her textile arts research in indigenous communities of Guatemala, Peru and Mexico as well as humanitarian and cultural exchange projects in Nicaragua, Cuba and Mexico. Such activities have informed much of her art which addresses issues of displacement, political identity and social injustice including the WWII American concentration camps and the genocide of Indigenous peoples.