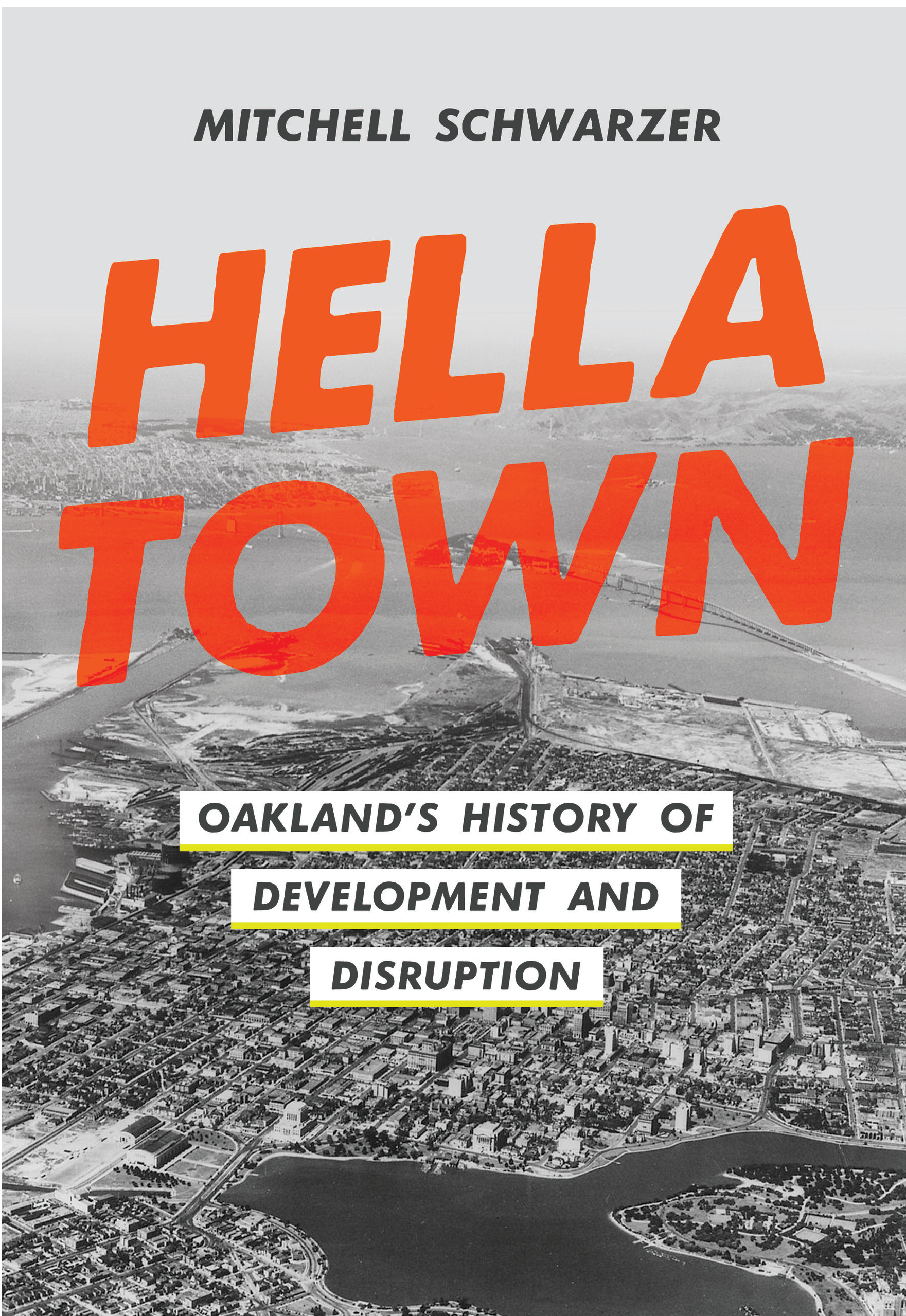 Join Mitchell Schwarzer, Professor of Architectural and Urban History at California College of the Arts, in conversation with Christopher Johnson, former chair and longtime professor of the Photography department, as they discuss Schwarzer's latest book Hella Town.

"Hella Town reveals the profound impact of transportation improvements, systemic racism, and regional competition on Oakland’s built environment. Often overshadowed by San Francisco, its larger and more glamorous twin, Oakland has a fascinating history of its own. From serving as a major transportation hub to forging a dynamic manufacturing sector, by the mid-twentieth century Oakland had become the urban center of the East Bay. Hella Town focuses on how political deals, economic schemes, and technological innovations fueled this emergence but also seeded the city’s postwar struggles. Toward the turn of the millennium, as immigration from Latin America and East Asia increased, Oakland became one of the most diverse cities in the country. The city still grapples with the consequences of uneven class- and race-based development-amid disruption. How do past decisions about where to locate highways or public transit, urban renewal districts or civic venues, parks or shopping centers, influence how Oaklanders live today? A history of Oakland’s buildings and landscapes, its booms and its busts, provides insight into its current conditions: an influx of new residents and businesses, skyrocketing housing costs, and a lingering chasm between the haves and have-nots" (Excerpts borrowed from University of California Press release, 2021).