Sydney Mondry, Everybody Clap Your Hands
Copied to clipboard 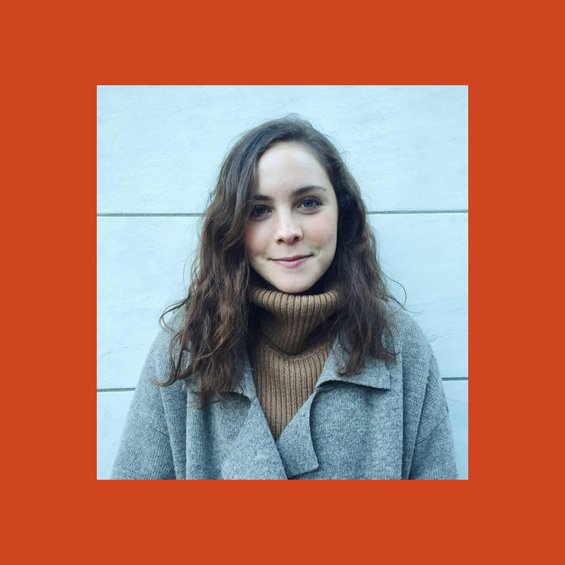 Sydney was born in Detroit, Michigan, raised in Aspen, Colorado, and currently resides in San Francisco, where she is completing her MFA in Creative Writing at California College of the Arts. For the past year, she’s been working on her first novel titled Everybody Clap Your Hands, the belated coming-of-age story of Max “The Man” Minns, a washed-up Bar Mitzvah emcee in the suburbs of Detroit in 2019. This book was inspired by her own Jewish upbringing in this area, and the twisted comedic genius that is A.M. Homes’ May We Be Forgiven.

Prior to pursuing an MFA, Sydney received a BA in Nonfiction Writing at Brown University, for which she completed a senior honors thesis on food culture and social media. She leveraged this fascination into a career, covering all things culinary for InStyle, before taking a job as the social media editor of (and occasional writer for) VICE’s food website, MUNCHIES.

You can usually find her baking in the kitchen or taking names on the pickleball court.

Read an excerpt from Sydney's thesis manuscript Everybody Clap Your Hands here. 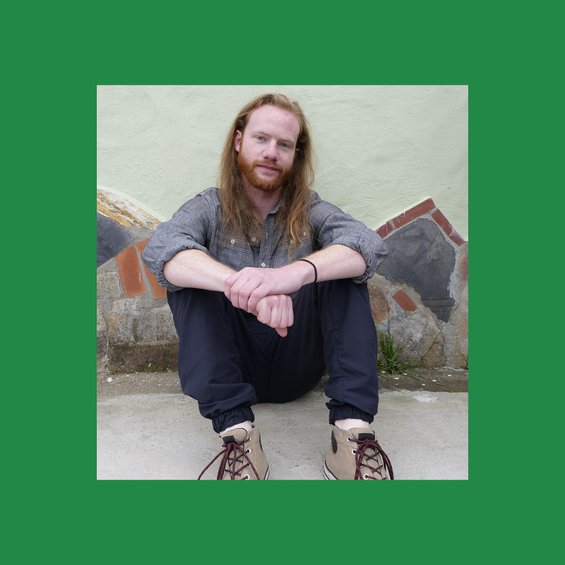 Rob Bailey grew up in the south suburbs of Chicago, studying journalism and sociology at DePaul University before joining City Year as a mentor for high school freshmen. His work at CCA has included an essay collection, a book of poetry and two mixtapes. He currently shelters in place in the Sunset district of San Francisco, where he reads, writes and bakes experimental pizzas.

Learn more about Rob's work here and at Rapparee Rob. 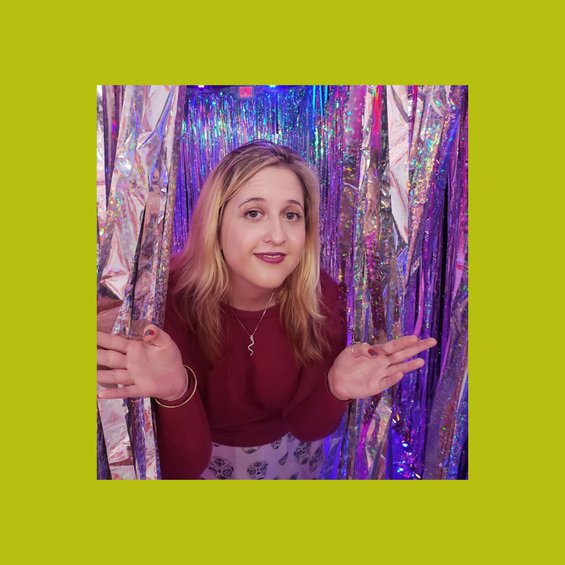 Olga Gonzalez Latapi (she/her/hers) is a queer poet with an MFA in Writing at California College of the Arts. Although her writing journey started in journalism, she is now pursuing her true passion: exploring the world of poetry with a mighty pen in hand. She got her BS in Journalism at Northwestern University. Her work has been published in Teen Voices Magazine, Sonder Midwest literary arts magazine, BARNHOUSE Literary Journal (Box of Parrots),  iaam.com and The Nasiona magazine. Originally from Mexico City, she currently lives in Toronto.  Read an excerpt of Olga's thesis manuscript WHAT WINGS // TOUCH here.

Jingyi Qiu, The Contemplation of Fire
Copied to clipboard 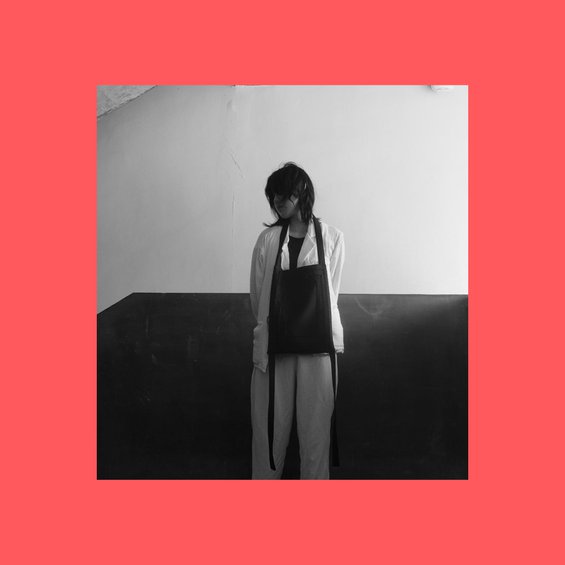 Jingyi Qiu studies the impermanence of life, the thoughts of human depravity and the pain in all tangible and intangible existence. She gains inspiration from her practice in speechlessness and the insights she gains from facing various unavoidable human emotions and habits. She studied film and literature at the Beijing Film Academy for four years before coming to America to study Fine Arts Photography and Creative Writing at California College of the Arts. She won third place in Rough Cut Press writing contest. She currently lives in Berkeley, California. Read an excerpt from Jingyi's thesis manuscript The Contemplation of Fire here.

Caroline Randall, Molting Out of Exile
Copied to clipboard 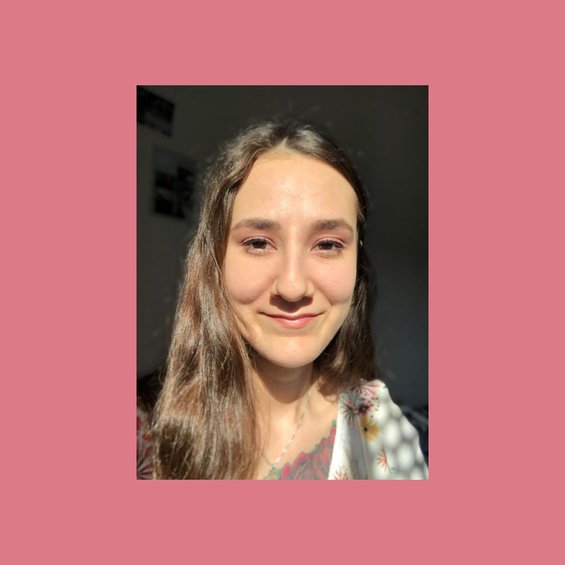 For Caroline, poetry is a means of traveling through planes of the unseen. In her thesis, Molting Out of Exile, she explores dreams, prophecy, death, and transformation. Throughout the 42 poems in the collection, Caroline uses powerful imagery and simple language to  break barriers and ground the intangible. Her work leaves readers with a close view of what it is like to experience altered vision/consciousness. Below, Caroline has included the poems "the bad shepherd" (image 2), "A safeway for diamonds in autumn" (image 3), and "Rats in the garden //  the 5th omen" (images 4-8), along with a video of her reading "the bad shepherd."

Caroline was born and raised in Louisville, KY where she received her BFA in creative writing from Spalding University. She has moved back to Louisville for the time being, and is looking forward to working on a chapbook and her first full length collection of poetry. She also writes nonfiction, fiction, and screenplays. Read an excerpt of Caroline's thesis manuscript, Molting Out of Exile here.

Yohannes Tesfamichael, The Liberation of Baby Jesus
Copied to clipboard 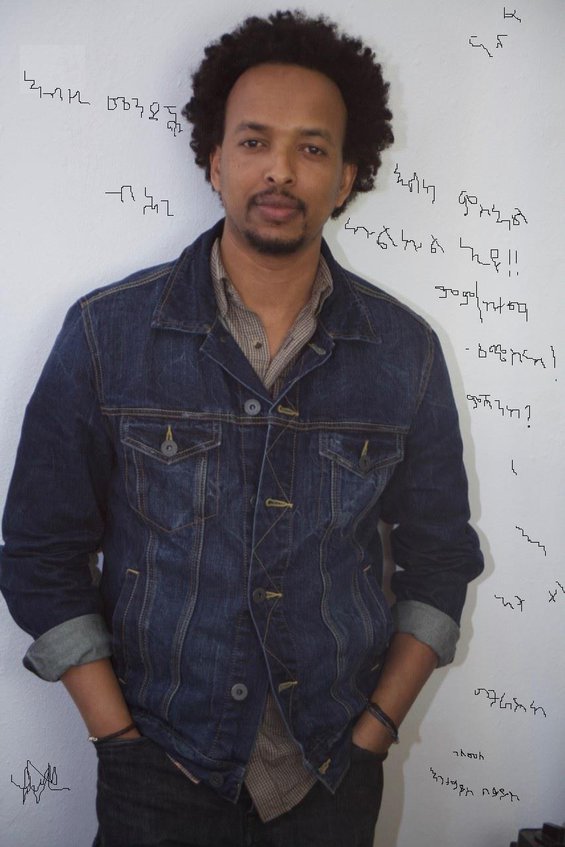 Yohannes is a fiction writer and a poet. While writing, and professionally working as a civil engineer, he had many of his short stories and poems published in his home country, Eritrea, and until he went into exile in 2013.

His current writing, sometimes, draws from his existential crisis in Eritrea, in exile, and in the in-betweens. Other times, he writes in the hope of finding or creating his own, unnamed place.

When not writing or thinking about it, maintaining his goofiness and his spiritual health is important to him.

Yohannes stays in Oakland, and has recently earned an MFA in Creative writing from California College of the Arts. 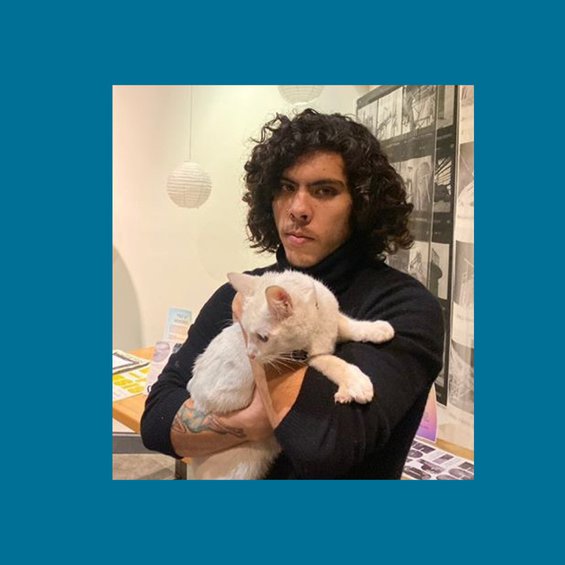 Sean Nishi is a writer from Los Angeles, California, currently living in San Francisco. He completed his BA in creative writing at San Francisco Art Institute and is completing his MFA in creative writing at California College of the Arts. He is working on a collection of short stories titled ShantyLand, about homeless youths looking for jobs in a dystopian wasteland, people who pay to recreate the experience of poverty, suicidal corgis, cut-throat refrigerator salesman, and so much more. This collection was inspired by George Saunders' master book in satire CivilWarLand in Bad Decline, and his own experiences with difficult people in Southern & Northern California.