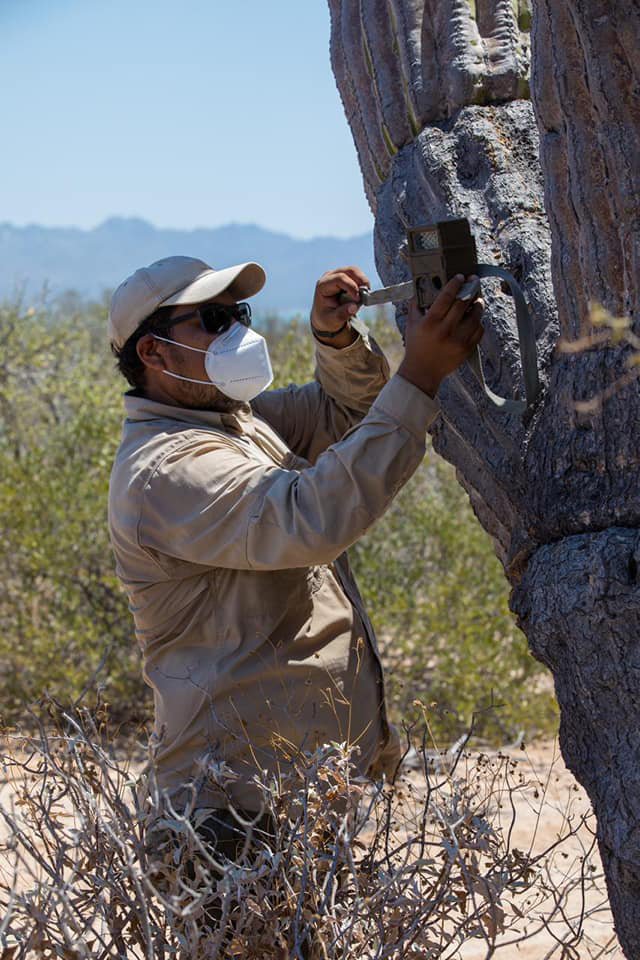 Comcáac Alberto Mellado Moreno is a tribal member of the Comcáac Nation in Sonora, Mexico, at the edge of the desert where the Sierra Comcáac Mountains meet he Gulf of California. As a child, he traveled and lived in many communities in southern Mexico while his father worked for the Mexican government agency INI. At the age of thirteen, Mellado returned to his band and attended high school and college, becoming an aquaculture engineer. He is also a fisherman and artist, but his most important efforts are for the conservation of the people, culture, and nature in Comcáac territory. In 2006, Mellado founded Comcáac Native Aquaculture, a small-scale tribal shellfish aquaculture project that focuses on production and traditional harvesting for tribal tribal consumption. He is also the co-founder of the Comcáac Environmental Monitoring Team, a tribal organization planning and executing bio-cultural conservation projects in Hant Comcáac. Mellado sees himself as an “Ocean Revolutionary,” part of a global network of young leaders working to change our relationship with our planet and our oceans, and to heed “the ancient wisdom and imagination represented by the lives and words of countless elders, warriors, and healers that is the fullest expression of our human experience.”Alberto has been now a conservation scientist for 25 years, and more recently, an author of His trilogy Los Comcaac: Una Historia Narrativa is the first ever documentary of the Comcaac history since Spanish colonial contact. He now has a second book: El Populo De Adam Gilig, based on a scrap of a note written to the tribe in the 1600s.