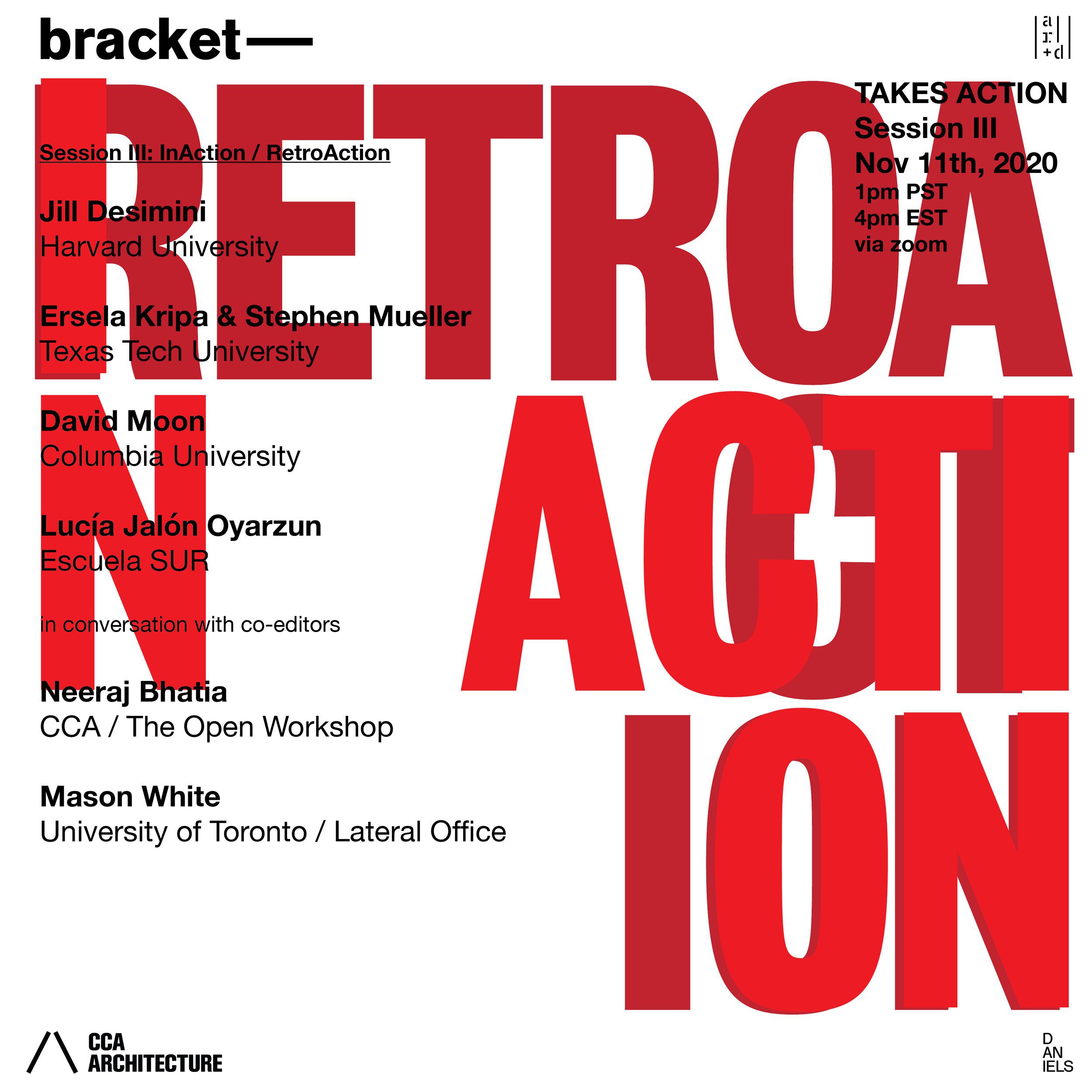 This is the final in a series of three panel sessions launching the fourth volume of Bracket, titled Takes Action. Bracket [Takes Action] collects essays and projects that question how actions can be designed, accommodated for, and encouraged through both creative practice and design citizenship. The book and conversation is situated at a critical point in history in which actions need to be re-conceptualized to relate to who we are, how we live, and how we communicate today. The role of design and the agency of the designer are at stake in facilitating or stifling action.

This session will focus on InAction and RetroAction as methods for operating and thinking. InAction is a way of acting by not-acting. From squatting and loitering to waiting lands, in particular contexts, inaction has proven to be an effective way to sidestep, undermine, or identify loopholes within a system. How might design engage socio-political change with the least means necessary? RetroAction includes projects and texts that center on the contemporary role of memory, memorials, and commemoration on our understanding of valuing and giving place to history. How do forms of action participate in the registration of memory and foster a sense of historical recollection?