Part of event series: Comics in the City 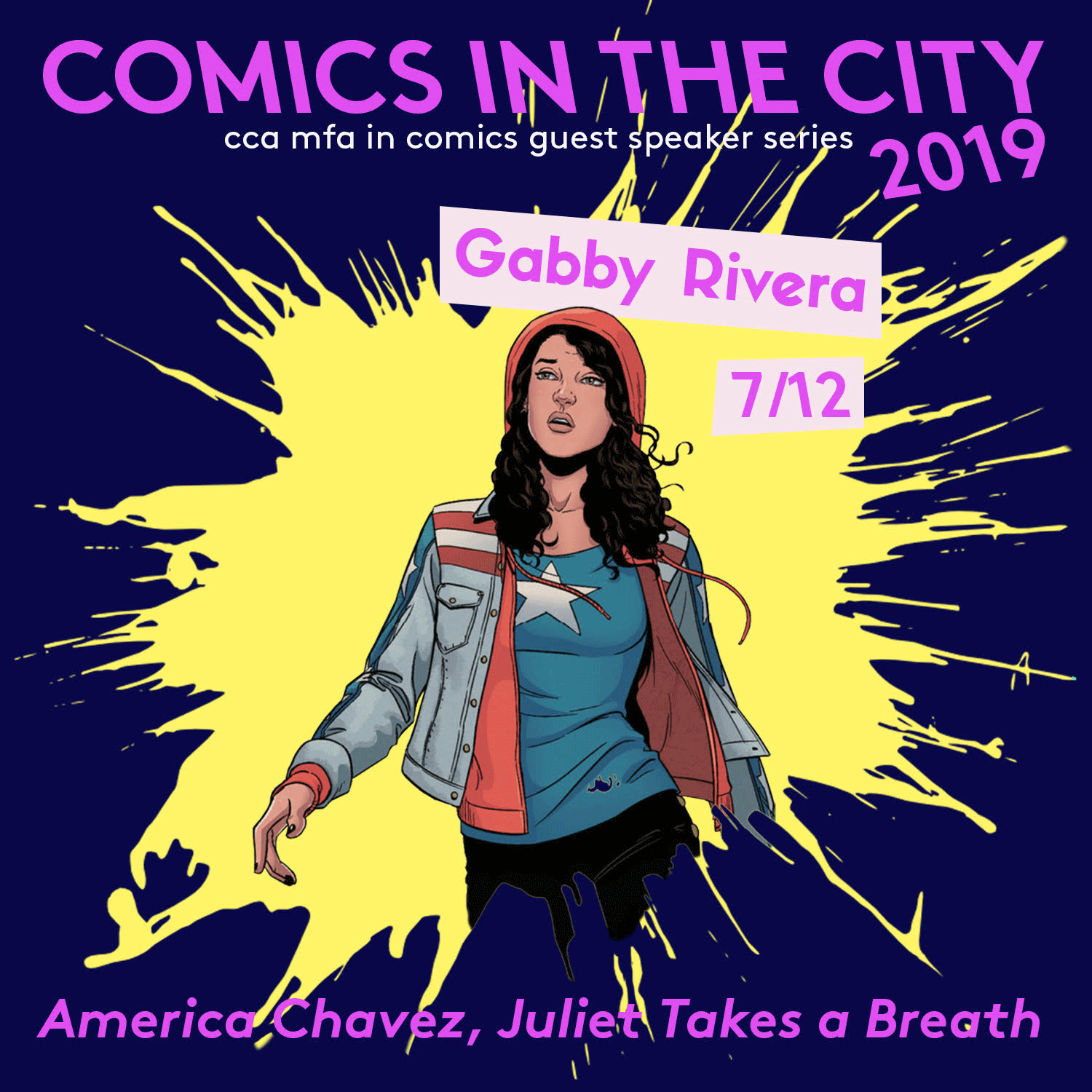 Join us for an evening with Gabby Rivera

Gabby Rivera is the author of America, the debut solo series for America Chavez, Marvel's first queer Latina superhero. Rivera’s critically acclaimed debut novel Juliet Takes a Breath was called “f*cking outstanding” by Roxane Gay and will be published in hardcover for the first time in fall 2019. Gabby has also written in the Lumberjanes universe for Boom! Studios. Her latest short story O.1 can be found in Victor LaValle’s recent anthology A People’s Future of the United States.

The guest talk will be immediately followed by the MFA in Comics Emanata Gallery Exhibition opening reception at 9pm.