An Evening with Dark Matter University 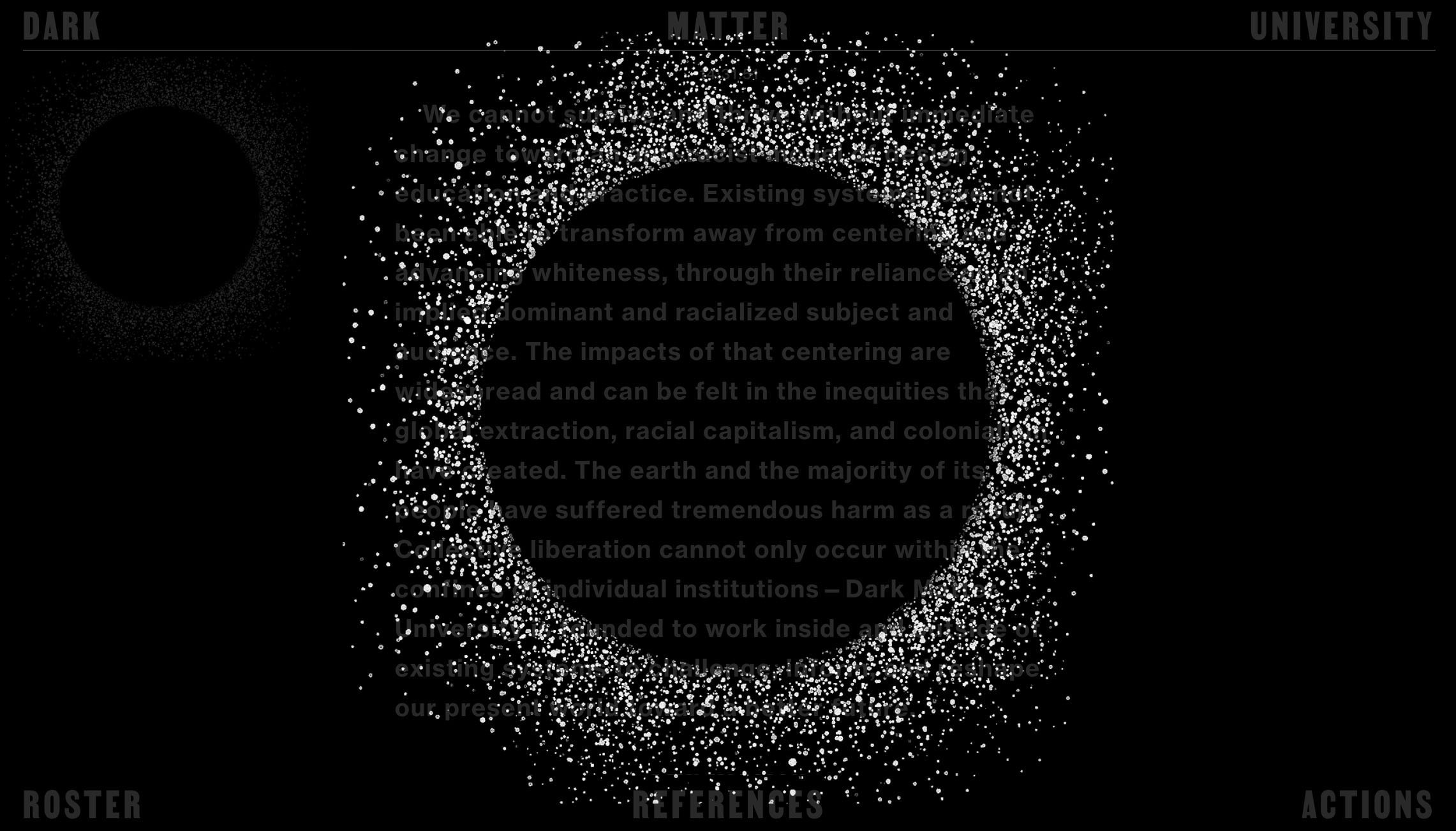 An election-eve conversation with founding members of Dark Matter University, a democratic network of architects, designers, and scholars founded to work inside and outside of existing systems to challenge, inform, and reshape our present world toward a better future. Streaming live on Zoom.

01. NEW FORMS OF KNOWLEDGE AND KNOWLEDGE PRODUCTION through radical anti-racist forms of communal knowledge and spatial practice that are grounded in lived experience. We challenge hegemonic pedagogies, canons, and epistemologies drawn from paradigms of white domination while elevating ancestral and local knowledge.

02. NEW FORMS OF INSTITUTIONS along a networked resource distribution model between institutions. We extract from those who have extracted to collate resources and lift up marginalized voices.

03. NEW FORMS OF COLLECTIVITY AND PRACTICE that democratize models of practice, education, and labor at all phases of production. We operate with deep consideration of ethics and a duty of care, moving from hard to soft power.

04. NEW FORMS OF COMMUNITY AND CULTURE that expand the circle of those contributing to anti-racist design pedagogy and practice. We actively build power and share knowledge to build capacity and resilience in communities beyond the preconceived boundaries of our fields.

05. NEW FORMS OF DESIGN that open the possibilities and methodologies for designing the built environment. We aim to co-create new formal and spatial imaginaries that serve broader, often overlooked, constituencies and consider multiple subjectivities.