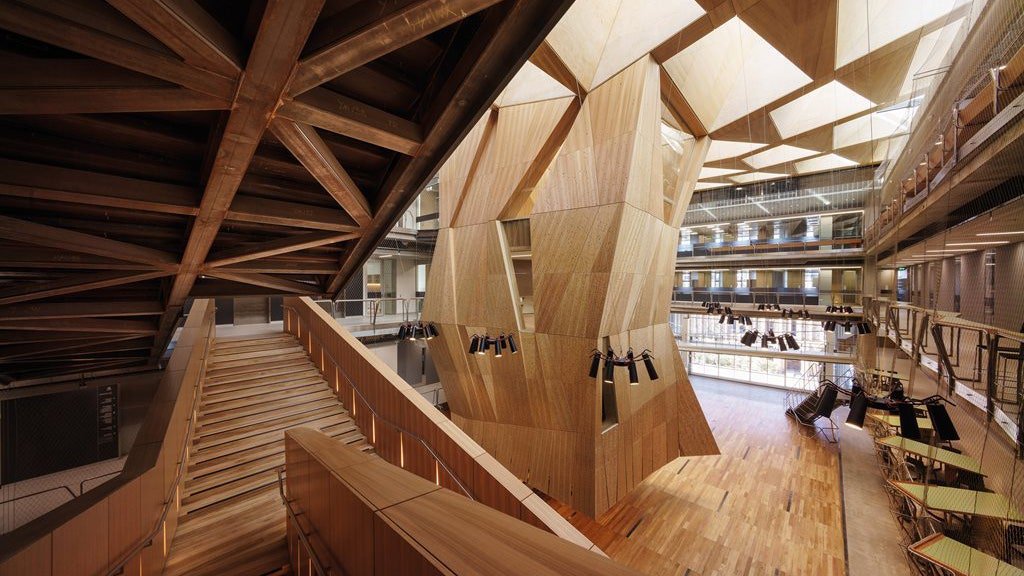 Lecture by Nader Tehrani, Dean of the Irwin S. Chanin School of Architecture at the Cooper Union and a founding principal of NADAAA, a practice dedicated to the advancement of design innovation, interdisciplinary collaboration and an intensive dialogue with the construction industry.

In 2020, Nader Tehrani was awarded the American Academy of Arts and Letters’ 2020 Arnold W. Brunner Memorial Prize for his contributions to architecture as an art. Working on interdisciplinary platforms, Nader Tehrani’s research has been focused on the transformation of the building industry, innovative material applications, and the development of new means and methods of construction, as exemplified in his work with digital fabrication. Tehrani’s work has received many prestigious awards, among which are the Cooper-Hewitt National Design Award in Architecture, the American Academy of Arts and Letters Architecture Award, and Eighteen Progressive Architecture Awards. Prior to his appointment as Dean at the Cooper Union, Tehrani was Head of the Department of Architecture at the MIT School of Architecture and Planning where he served from 2010-2014. He has taught at the Harvard Graduate School of Design, Rhode Island School of Design, the Georgia Institute of Technology, where he served as the Thomas W. Ventulett III Distinguished Chair in Architectural Design, and the University of Toronto where he served as the Frank O. Gehry International Visiting Chair in Architecture. He also recently served as the William A. Bernoudy Architect in Residence at the American Academy in Rome and the inaugural Paul Helmle Fellow at California State Polytechnic University, Pomona.