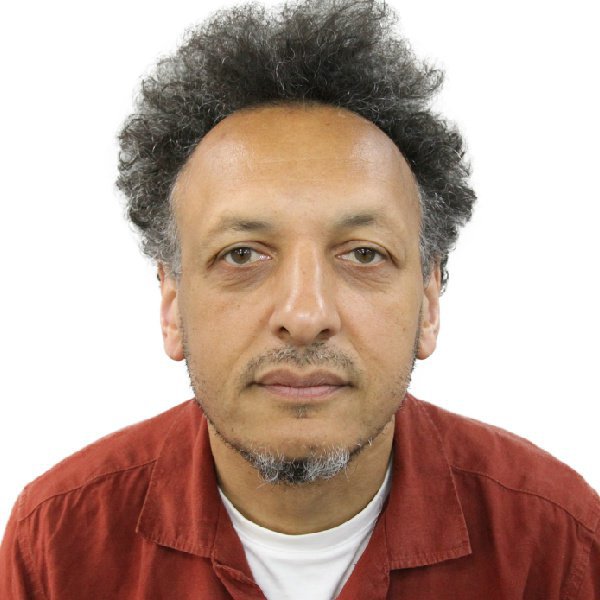 TOPIC:
Donald Rodney's Doublethink and The Psychic Life of Race

Richard Hylton was born in London, England. Since the early 1990s, he has been actively involved in the visual arts sector, as an exhibition organizer, curator and, artist. He has organized a significant number of thematic and solo exhibitions and has also edited a variety of publications including The Best Janette Parris; Doublethink: The Art of Donald Rodney and The Holy Bible: Old Testament, an artist book by David Hammons which he co-produced with Virginia Nomarch. His first book-length study, The Nature of the Beast: Cultural Diversity and the Visual Arts Sector, A Study of Policies, Initiatives and Attitudes 1976-2006, offered hitherto unseen insight into the mechanisms and machinations behind ‘ethnic arts’, ‘black arts’ and ‘new internationalism’ and ‘culturally diverse arts’. Awarded a PhD in 2018 from Goldsmiths College, University of London, Hylton’s work is now broadly concerned with the politics of Black Diasporic art and art history. He is currently writing a monograph on Donald Rodney (1961-1998) one of the most important but equally underrepresented British artist of his generation. The history of African American art in the international arena also figures prominently in Hylton’s scholarship, resulting in published essays in the Routledge Companion to African American Art History; the International Review of African American, Art Review and Art Monthly. Between 2019-2021, he was Postdoctoral Fellow at the University of Pittsburgh. He is currently Lecturer in Contemporary Art at the School of Oriental and African Studies (SOAS) in London.