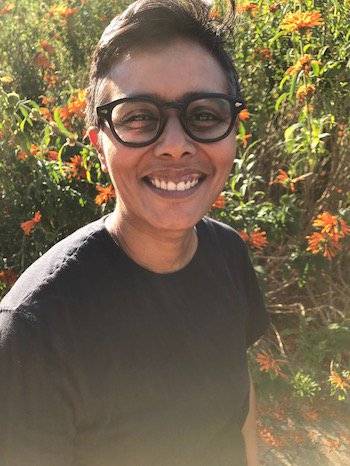 ​​Svati P. Shah is a researcher, writer and teacher who works on questions of sexuality, time, gender formation, juridical recognition, and caste capitalism in India. Their first major research project examined sex work, urban informal economies and labor migration in the city of Mumbai. Their current work explores contemporary queer and transgender social movements in India, and their genealogical relationships to the history of India’s autonomous ‘new left,’ which emerged in the wake of the Indian Emergency (1975-77).

Dr. Shah is currently an Associate Professor Women's, Gender and Sexuality Studies at the University of Massachusetts, Amherst, with adjunct appointments in the Departments of Anthropology and Afro-American Studies, and in the Social Thought and Political Economy Program (STPEC). In addition to the University of Massachusetts, Dr. Shah has also taught at NYU, Wellesley College, and Duke University in the US, as well as having served as a research associate at Jawaharlal Nehru University (JNU) in New Delhi, India. Dr. Shah’s international affiliations include African Centre for Migration and Society (ACMS) and the Wits Institute for Social and Economic Research (WiSER), both at the University of Witwatersrand in Johannesburg, South Africa. Dr. Shah’s research has been supported by the American Institute of Indian Studies and the Fulbright Foundation.

Their first monograph, Street Corner Secrets: Sex, Work and Migration in the City of Mumbai, was published in 2014 by Duke University Press and Orient Blackswan in India. Their articles have appeared in a range of scholarly journals, including Antipode, the Economic and Political Weekly, Interventions, and South Atlantic Quarterly.