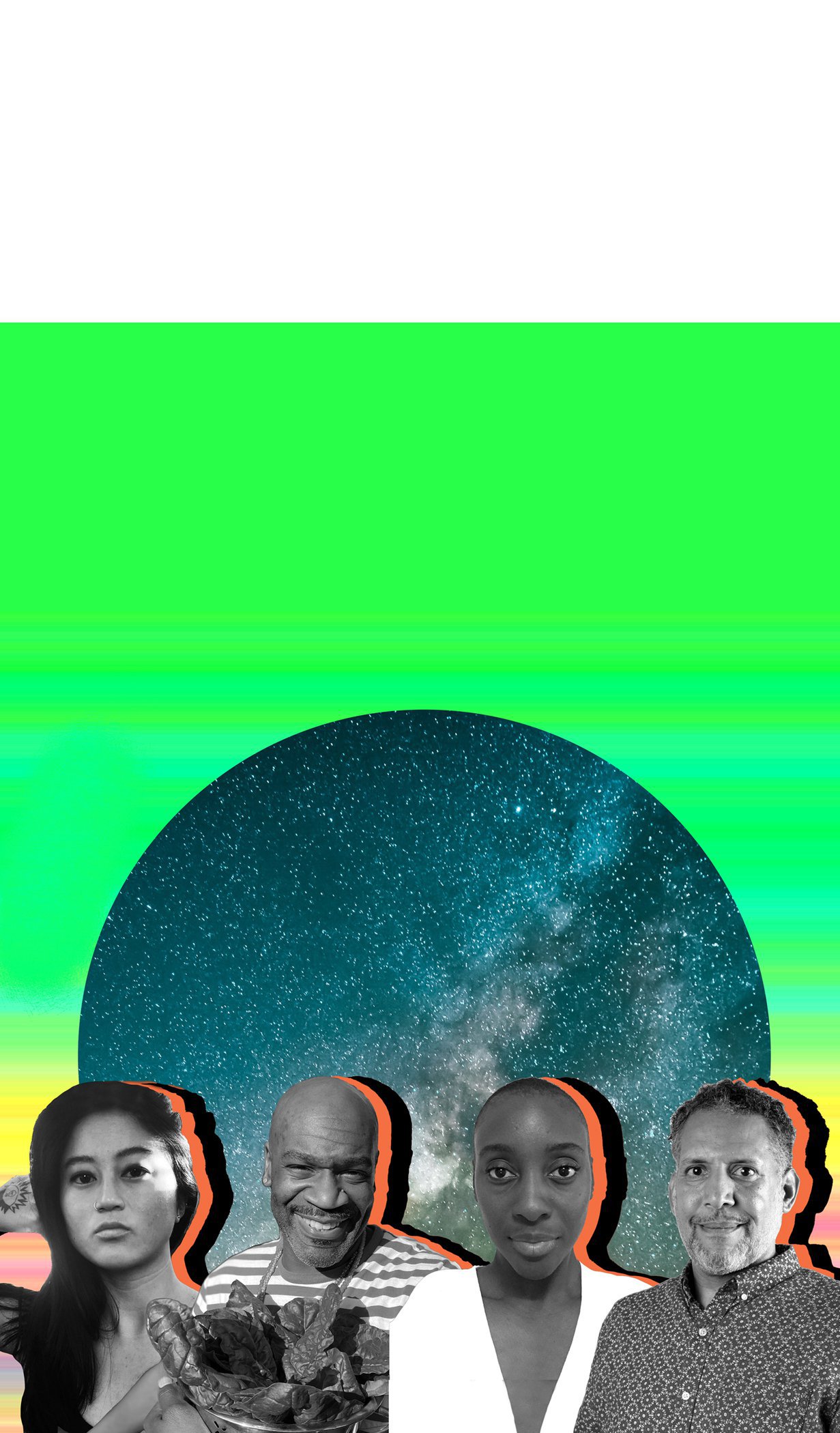 Join us for our latest symposium, [Un]commoning Architectural Language, that convenes a panel of interdisciplinary scholars and practitioners to discuss ways in which cultural movements like Afrofuturism and Afrosurrealism can reveal new languages of spatial imagination to tackle questions of representation, appropriation, intersectionality and authenticity within an aesthetics of spatial (in)justice. Featuring Lonny Brooks, Nyame Brown, Bz (Brenda) Zhang, and Ife Salema Vanable.

The global pandemic has acted as a catalyst, allowing the renewed attention to issues of race and class to expose deep fractures in American Society. We are in the midst of widespread calls to re-evaluate existing frameworks for thought and action. The advanced urban design studio Uncommon Ground invites a panel of interdisciplinary scholars and practitioners to discuss ways, in which cultural movements like Afrofuturism and Afrosurrealism can reveal new languages of spatial imagination, tackling questions of representation, appropriation, intersectionality and authenticity within aesthetics of spatial (in)justice.

Lonny J Avi Brooks is Professor in the Department of Communication, California State University, East Bay, piloting the integration of futures thinking into the communication curriculum for the last 18 years. A leading voice of Afrofuturism 2.0, Brooks contributes to journals, conferences & anthologies, is co-executive producer, with Ahmed Best, of The Afrofuturist Podcast; contributing author to Afrofuturism 2.0: the Rise of Astro-Blackness, lead editor, “When is Wakanda? Afrofuturism & Dark Speculative Futurity” (Journal of Futures Studies, 2019); lead co-organizer for the Black Speculative Arts Movement (Oakland); Creative Director and co-founder of the AfroRithm Futures Group, creating media to imagine democratized futures.

Nyame O. Brown is a visual artist born in San Francisco, now living and working in the Bay area. He is an Afrofuturist installation artist working in the media of painting, drawing and cut paper. Brown’s work addresses the Black imagination as a space for new ways to perceive Diaspora not just through unity and similarity’s but looking at the dynamics of dif erence to further comprehend diaspora. I use the folklore cultural practices and symbols from the Diaspora to make paintings of contemporary black mythologies.

Brenda Zhang (Bz) is a designer, artist, organizer, and educator based on unceded Tongva land (Los Angeles). They are a core organizer with the Design As Protest Collective and Dark Matter University and a founding member of SPACE INDUSTRIES. In their design and research practice, they investigate physical and cultural construction as entangled processes and use disciplinary tools of architecture to imagine futures beyond settler colonialism, racial capitalism, and cisheteropatriarchy. As a queer trans non-binary Chinese-diasporic artist, they construct new narratives through intentional misreading, misalignment, hiding in plain sight, and an extreme attachment to certain objects. Bz received a Master of Architecture from the University of California, Berkeley, and a Bachelor of Arts with Honors in Visual Arts from Brown University. In their free time, they look for birds and trash in the Los Angeles River.

Ife Salema Vanable is an architect, theorist, and historian who holds professional and post-professional degrees in architecture from Cornell and Princeton Universities. Ife is founder and leader of i/van/able, a New York based architectural workshop and think tank. She is the inaugural KPF Visiting Scholar at the Yale University School of Architecture (YSoA). Ife is also a PhD candidate in architectural history and theory at Columbia University’s Graduate School of Architecture Planning and Preservation (GSAPP). Her scholarly work asks questions of and seeks to unearth complex and seemingly banal relationships between the design of multi-family housing, municipal government machinations for its development, conceptions of racial difference, geography, finance, program, and family composition.

Co-presented with the Museum of African Diaspora (MOAD).