We Are Critical Ethnic Studies

Sankofa is a word in the Twi language of Ghana translating to "Go back and fetch it" (san - to return; ko - to go; fa - to fetch, to seek and take) and also refers to the Asante Adinkra symbol represented either with a stylized heart shape or by a bird with its head turned backwards while its feet face forward carrying a precious egg in its mouth. Sankofa is often associated with the proverb, “Se wo were fi na wosankofa a yenkyi," which translates as: "It is not wrong to go back for that which you have forgotten."

Welcome to the Critical Ethnic Studies Program!
Copied to clipboard

In 1969, Michael Wright created The Ethnic Art Studies Program at California College of Art and Craft (CCAC) in 1969. Mr. Wright was inspired by the Black Student Union and Third World Liberation Front-led rebellions of 1968-9 that lead to the creation of ethnic studies programs at UC Berkeley, San Francisco State College (now SFSU) and firmly established ethnic studies as an academic discipline. Rebellion participants called attention to systemic discrimination, a lack of resources, and the critical need for the inclusion of Indigenous, Asian-American, African-American, and Chicano history, culture, and perspectives into the curriculum. Our first event, The Black Aesthetic in 1969 brought Black artists, educators, and students from around the Bay Area to attend exhibitions and participate in panel discussions. Our first art history contribution, The History of the Black Man in America, soon followed.

The Critical Ethnic Studies program builds upon this history by providing an interdisciplinary space that encourages multilayered lines of inquiry. We provide a space for students to critically explore the role of POCs in the United States and around the world, but also include decolonial, transnational, and intersectional approaches to thinking, making and designing. We build seminar curriculum where our students can see themselves, their history and their impact on the present. While our studios allow students to create their futures alongside our esteemed faculty. Pedagogically, we position Indigeneity, race, class, gender, and sexuality at the center of discourse to expand the toolbox needed for students to be critical thinkers and ethical global citizens, no matter what major they choose. 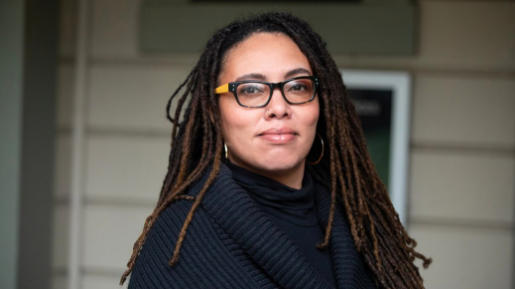