Never Supposed To Get This Far 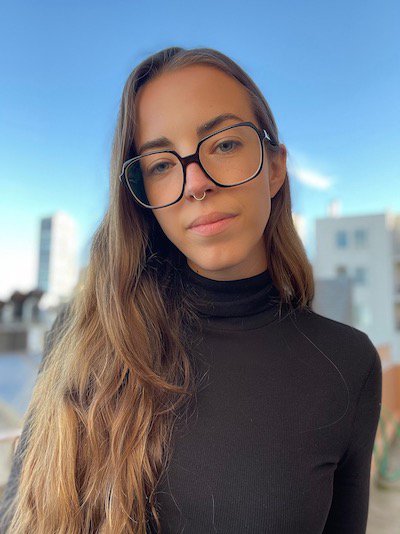 A lot of people are surprised to find out I was the first person in the history of my entire family legacy to go to a University and walk out with a Bachelor’s Degree. I wasn’t the last, because my brothers followed me there, and we now have a doctor in the family--which is honestly unbelievable when you look at the facts.

I don’t come from an academic family. I don’t come from a family that passes down stories generation to generation either. What I know is that my father didn’t take well to school. By the time I was born in a small town in Pennsylvania, he stocked shoes in the backroom of a small shoe store, a job he loved because he was left to his own devices and could listen to music as loud as he wanted. My mother worked in law offices as a paralegal because in Pennsylvania there’s no required training, a job she hated, because it was demanding and she faced a lot of gender discrimination and what would today be called sexual harassment. She had me young, and eventually became a single mother.

The grandparents I knew, didn’t finish high school. Before that my great-grandparents were either farmers in Pennsylvania, or fisherman in Sicily and southern Italy. The 7 aunts and uncles on my mom’s sides and 6 on my dad’s side, and dozens of cousins before me, did what was the norm for our family, entered the workforce early, many in manufacturing or warehouse jobs. We weren’t of an economic status that would expect to go to college, but there were many other barriers, mental illness, trauma, violence, incarceration and addiction, to name a few. This is “just the way it was” in my family.

I went to college because I’m a millennial and the world told me I had to in order to be successful--and I believed it growing up--because no one in my family went to college and none of them ended up very successful, which my kid mind translated to "unburdened by financial crisis and somewhat happy".

I ended up in a really good public school system, because by fourth grade my mother remarried and we moved away from the family we had known before. School was a place I felt really safe to excel, a place I found role models and literary heroes, and most of all, an escape. But school was also a place I struggled to belong, despite looking like a lot of my peers on the outside, on the inside I felt like an alien who never got the manual on how life worked--only on how it didn’t. I was lucky I tested well and had SAT prep in classes at school, and for everything I faced along the way I just sort of stumbled my way through, hiding how confusing it all was, because I had never really been taught to ask for help or verbalize my feelings.

I went to Temple University through academic scholarships, but I remember being really lost in the process of trying to find financial support. By that time my father was incarcerated or on the streets until he later died at 56, but since my mother had remarried, my income status on paper was somewhat middle class. I wasn’t interested in science or math, which at the time, were the only fields I remember finding scholarships geared towards. I either didn’t know that first generation support existed through my internet sleuthing, or it didn’t exist at the time (2007). I also had no idea what to major in, having a lot of interests, but having no examples of what kind of career a degree would get me.

Academic scholarships were the only path I found, and I still ended up going $60,000 into debt (yes, still in debt, it’s climbed to $80,000) to continue my education at grad school at CIIS in San Francisco. I actually didn’t fully understand the student loan process, and was so overwhelmed being in a new city with a cost of living I was ill-prepared for, that I just maxed out my loans, despite having a full time minimum wage job, and desperately hoped for the best.

The more invisible barriers to education, for me, were the ones most difficult to navigate. There wasn’t a box to check that said my parent is incarcerated and my heart is broken, or my family trauma is making showing up as a student difficult, or hey I’m here but I’m still just guessing on how exactly I’m supposed to do this whole college thing.

Working at CCA in a leadership position is something no one in my family before me could have prepared me for. I still wake up with imposter syndrome and still haven’t gotten a manual on how life works, but I think I’m doing okay, miraculous, really-- I was never supposed to get this far.

Reach out to me if you want to chat nikobellott@cca.edu :)

We are First-Gen @ CCA